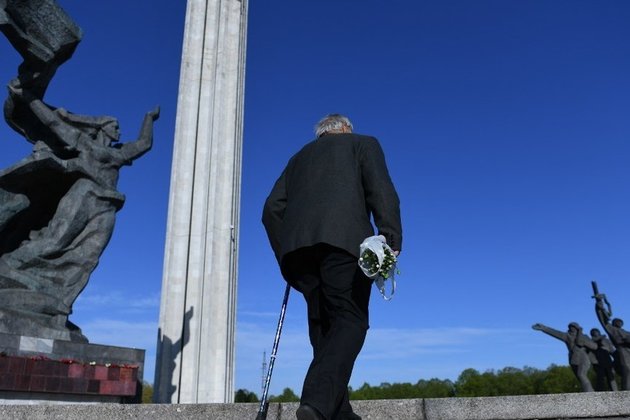 New law could make it mandatory for municipalities to dismantle all sites and objects ?glorifying the Soviet regime?

Latvia's parliament, the Saeima, is aiming to pass a new law that would require the demolition of all sites and objects "glorifying the Soviet and Nazi Regime" on the territory of the country. The bill, which passed its first reading on Wednesday and is expected to be adopted by June 16, will make it mandatory for local municipalities to disassemble any Soviet monuments on their territory by the proposed deadline of November 15, 2022.

Under the proposed law, relevant local governments will be entitled to propose dismantling monuments regardless of the site's ownership and without coordination with the legal owner of the object or the land on which it is located.

The bill's text also estimates that there are currently around 300 monuments, memorial plates, and memorial sites dedicated to the Soviet Union in Latvia, and calls for the Latvian Cabinet of Ministers to draw up a list of objects that are to be dismantled by the end of July 2022.

The new law also applies to the 'Monument to the Liberators of Soviet Latvia and Riga from the German Fascist Invaders' which was erected in 1985 in the Latvian capital to commemorate the Soviet Army's victory over Nazi Germany in World War II.

The monument used to fall under a Latvian-Russian treaty on the preservation of monuments. However, that agreement was dissolved earlier this month by the Latvian parliament, citing Russia's so-called aggression against Ukraine.

Although the move was supported by an overwhelming majority of lawmakers, it sparked outrage among Lativa's pro-Russian population, as hundreds of people gathered outside Riga's town hall on May 13 to protest the decision.

Several people, including three members of the Latvian Russian Union party were detained during the protests and charged with a variety of offenses, including "petty hooliganism."

The dismantling of the Riga monument could reportedly cost up to €2 million, according to the city's vice mayor, who said that the project is already being prepared and construction companies were being approached.

Latvian authorities have, however, noted that the new law on the dismantling of Soviet monuments does not include monuments placed in cemeteries and memorials for victims of the Soviets or Nazis.