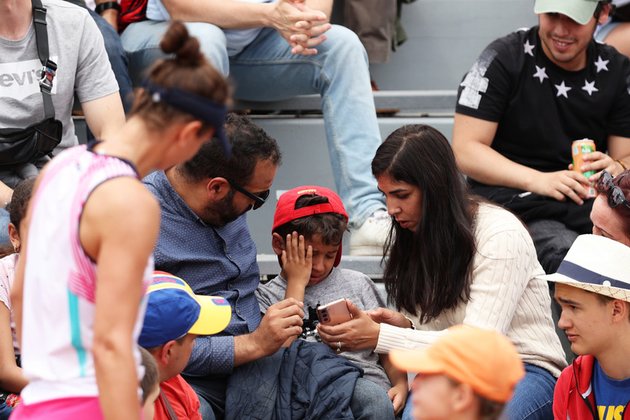 Irina-Camelia Begu bounced her racket into the crowd

Tennis fans were left in shock when Irina-Camelia Begu made a child cry by throwing her racket in frustration.

The world number 63 was losing ground in her second round meeting with 30th seed Ekaterina Alexandrova when she lashed out and lost her head.

Throwing her racket down to the ground on the clay court, the Romanian was then made to watch in horror as it bounced up into the crowd on Court 13 causing a child in attendance to cry loudly. The match's umpire jumped down from the umpire's chair and called a supervisor to check if the child was alright, as Begum, who was booed, also expressed her concerns.

And while there was an extended delay in play resuming, the umpire halted the match temporarily and gave Begu a code violation for unsportsmanlike conduct.

Despite upsetting the masses, Begu managed to regain composure and turn the third set on its head.

After completing a 6-7 6-3 6-4 victory, she gained qualification to the third round and then embraced the child as they posed for photos.

On the internet, however, the knives were sharpened for the 31-year-old, who some called a "witch" and wanted to be disqualified. 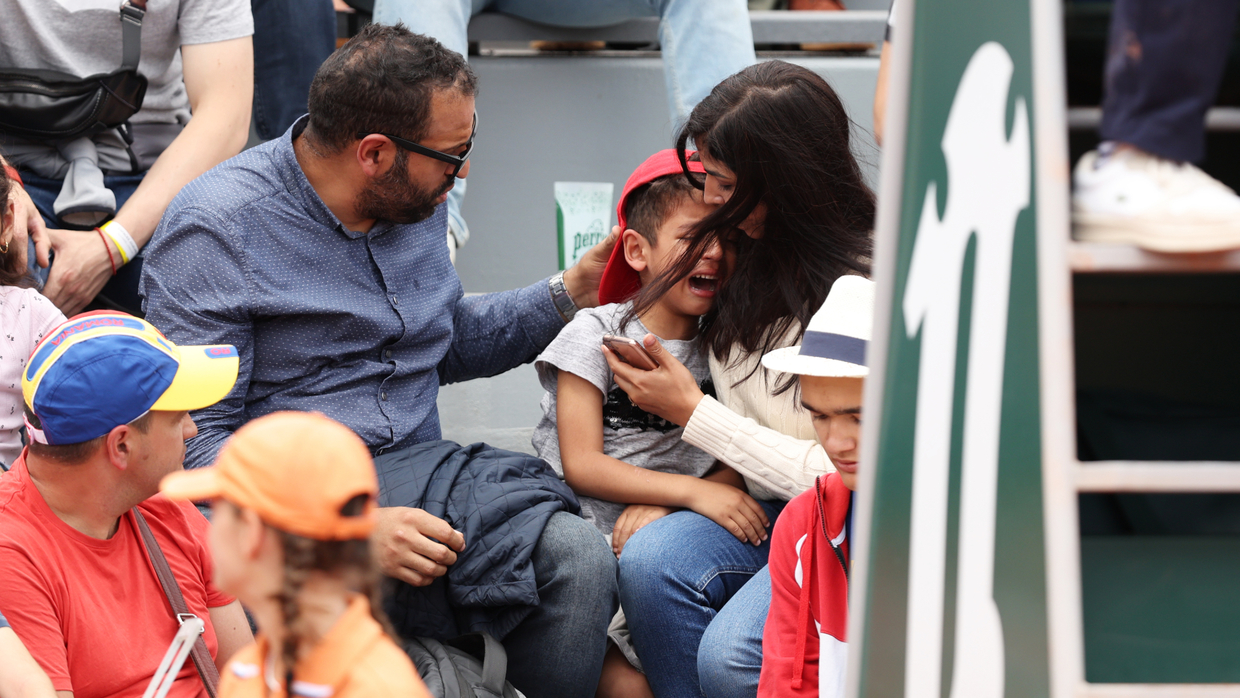 Parents comfort their child after they were struck in the face by a ball hit by Irina-Camelia Begu at 2022 French Open at Roland Garros on May 26, 2022. � Clive Brunskill / Getty Images

"The behavior of tennis players towards an umpire or the audience is getting more and more disrespectful," said one fan. "I can't believe #Begu was allowed to continue that match."

"The more I see this the more upset I get," began another. "How wasn't she defaulted? Seriously f*ck this sport, I'm sick of seeing rage and tantrums not being punished or in fact being encouraged."

"Begu should have been ejected from the tournament," started a separate criticism. "Remember when Novak Djokovic hit the lines person and was dismissed?" it was asked, after a controversy at the US Open in 2020 saw the Serb sent home.

Now looking to put the controversy behind her after managing to scrape through unpunished, Begu will face Leoila Jeanjean in the third round on Saturday.