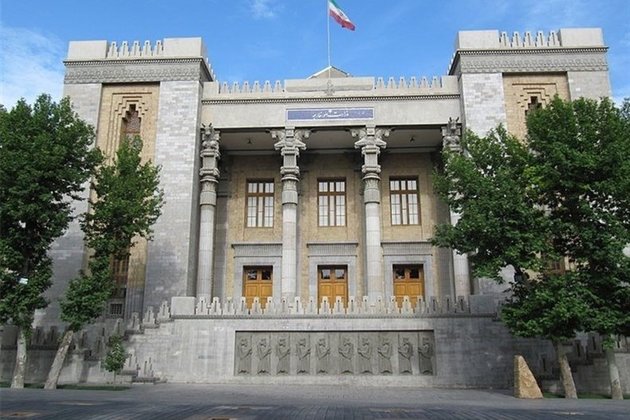 TEHRAN (Tasnim) - The Iranian Ministry of Foreign Affairs summoned Greece's chargé d'affaires in Tehran in protest at the seizure of an Iranian-flagged ship and confiscation of its cargo in Greek waters.

The head of the Mediterranean and East European affairs at the ministry summoned the Greek envoy and notified the diplomat of his country's international obligations regarding the vessel's emergency stop due to a technical glitch.

The ministry official condemned Greece's "unacceptable" surrender to "illegal" US pressures and said the "seizure of the cargo of the ship" with the flag of the Islamic Republic of Iran was "an example of international piracy."

The official held the Greek government and those who confiscated the ship responsible for the illegal act, Press TV reported.

The official also emphasized that Iran "will not give up its legal rights and expects the Greek government to live up to its international commitments in maritime and shipping sectors."

The Greek diplomat promised to immediately convey the Iranian government's protest to the concerned officials in his country.

Earlier on Wednesday, Iran's Ports and Maritime Organization (PMO) issued a statement, describing the move as an "act of piracy" that was "in violation of international standards".

According to reports, the vessel was seized nearly seven weeks ago in Greece on the orders of the US Department of Justice after it thought the vessel was covered by sanctions on Russian assets.

The PMO said the vessel operating under the Iranian flag had been held by the Greek government on the coasts of that country, and the cargo on board the vessel was seized upon court order and in coordination with the US government.

The vessel had faced bad weather conditions and experienced some technical problems, which led it to call for assistance, the statement added.