Ukraine war: rising food prices are not the only global economic fallout 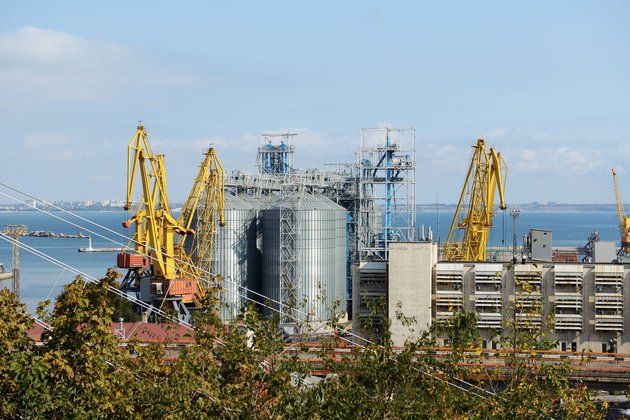 As the war in Ukraine heads into its fourth month, its economic consequences are becoming more apparent and begin to move up on the global political agendas. And in the same way in which Russia's aggression has had political ramifications far beyond Ukraine, so do the economic repercussions. This is not to belittle the economic and infrastructural devastation of Ukraine, which will necessitate an enormous reconstruction effort, but to highlight the far-reaching impact of the war and how it is amplified by the global economic dynamics associated with it.

Some predictions anticipate Ukraine's GDP in 2022 shrinking by between 30% and 45%. While an end to the war would reverse this negative trend, extensive damage to Ukraine's infrastructure - estimated at close to USPound 80bn by early May - will slow the country's recovery, regardless of how well and by whom it will be financed.

Similarly, a ceasefire or peace agreement may stop the exodus of Ukrainians from their homeland, but a swift return of the currently more than 6 million refugees, and around 8 million internally displaced people, will take time. Among those who return, many of them will not find their homes or jobs or any operational public services. Add to this the high casualty rates that Ukraine is suffering in the war and the trauma inflicted on the population at large, and it becomes clear that the country will also be depleted of significant human capacity needed for economic recovery.

Beyond Ukraine, the war has already led to gloomy predictions about a slowdown of the global economy, and possibly a recession. This is primarily driven by the surge in the price of oil and gas and the instability in international markets since the start of the war as well as the lack of certainty about how and when it will end.

The other global economic fallout from the war in Ukraine is a major food crisis affecting many of the world's most vulnerable populations. Ukraine is a major exporter of agricultural products, especially sunflower oil and wheat, but key export routes, through the country's Black Sea ports, are now blocked because of a de-facto Russian naval blockade.

In addition, there have been reports that Russia, itself a major exporter of wheat, has stolen approximately 400,000 tons of grain from storage facilities in Ukraine. But it is not simply the current lack of Ukrainian agricultural products that contributes to the impending global food crisis, it is also a market expectation that this will continue, with the upcoming harvest in Ukraine greatly reduced. This is driving prices up for grain and cooking oil, making imports less affordable in poorer countries and contributing, together with rising energy prices, to a cost-of-living crisis even in rich economies, thereby further increasing the likelihood of a global recession.

The possibility of a prolonged global recession rather than the expected rapid post-pandemic recovery will have additional repercussions for global political stability. This is, of course, not entirely due to the war in Ukraine, but the consequences of the war have a potentially catalytic and exacerbating effect on already existing economic and political problems.

Among them, western economic sanctions on Russia, and secondary sanctions on companies and countries circumventing these sanctions, will go some way in decoupling major economies and scaling back the current level of globalisation, leading to a degree of long-term structural change in the global economy.

This is evident in the impending EU ban on oil imports from Russia and efforts to stop using Russian natural gas. At the same time, a large - and growing - number of western companies are leaving the Russian market.

Equally, if not more importantly, the war in Ukraine is also likely to accelerate the decoupling of the Chinese and US economies. One of the lessons China is learning from the western response to the war in Ukraine is the relative ease with which nearly half of Russia's US$630 billion (Pound 500bn) in foreign exchange and gold reserves have been frozen by sanctions from the US, EU, and their allies. In future, China will be more wary about having dollar reserves held abroad that could potentially be seized in this kind of manoeuvre.

This changing relationship would have an even more significant impact, further increasing an existing trend in which geo-economic and geopolitical developments are becoming more and more aligned and pitting the US and China against each other in a new global struggle for supremacy.

The speed with which this trend of US-China decoupling will continue, and whether it might be reversed, will depend, among other things, on how - and how quickly - the war in Ukraine comes to an end. The longer the war goes on and the less likely a negotiated outcome is, the more economic divisions will align with political ones and the more deeply divided will be the new European and global security order that eventually emerges.

It will be critical in this context how China will act and whether it will prioritise its economic interests (continuing trade with Europe and the US) or current ideological preferences (an alliance with Russia that makes the world safe for autocracies). If China manages to forge a solid alliance with Brazil, Russia, India and South Africa, known as the Brics countries, as envisioned by the Chinese foreign minister, Wang Yi, a new world order will have emerged.