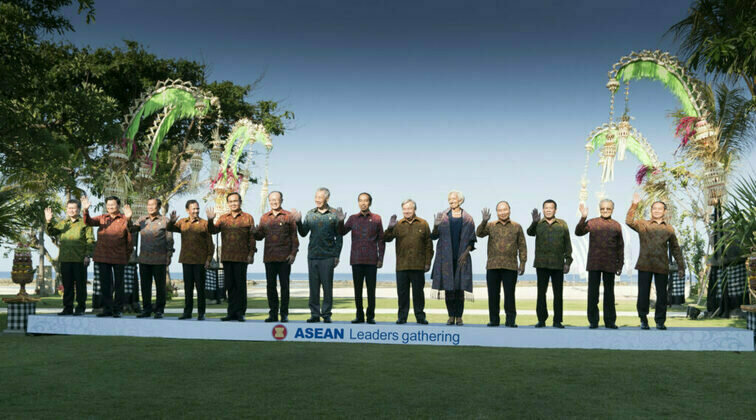 As global superpowers tussle for supremacy, smaller nations need to be nimble to avoid being crushed.

If the ancient Greeks are to be believed, the rivalry between the current great powers, America and China, will lead to war. American political scientist, Graham Allison popularised the situation as "Thucydides's Trap". In a 2013 article for the New York Times, he lamented the "dynamic inherent when a rising power becomes more confident, a ruling power fears losing its edge, and entangling alliances on each side drive the parties toward war." He said that ancient Greek historian Thucydides concluded war is fostered by "[conflicting] interests, fear, and honour" between states.

However prescient Allison may prove to be, he discounts the options and choices of the smaller players in geopolitics. Thucydides pointed that there were other city-states apart from the great powers, Sparta and Athens. During the great power struggle, these lesser powers became the spectators, the victims, or both. As the world watches the rising superpowers staggering towards battle, smaller countries need to nimbly thread a difficult path.

The Cold War of the late 20th century divided the world into zones, creating different international systems. The actors attempted to influence other parties to join their blocs. Seen from a Cold War perspective, the Quad - a 'dialogue' between Japan, USA, Australia and India - is also designed to divide the world into two camps: a democratic, standard-bearer of rule-based order; and its antithesis. Currently, the democratic camp is establishing a new multilateral security structure based on shared values and interests, including the rule of law, freedom of navigation, respect for territorial integrity and sovereignty, peaceful dispute resolution, free markets, and free trade.

However, the aggresiveness and assertiveness of China is looming large in this plan. Since its inception, China has viewed the Quad as a resurrection of Cold War mentality. It dubbed it "Indo-Pacific NATO". It is an instrument of containment or encirclement, an "exclusive clique" that targets "third parties" to undermine China's growth. The perception of threat increases as the four democracies have deepened their co-operation in the field of intelligence and military engagements.

A flicker of hope of a free and open Indo-Pacific is furnished by the "Quad-plus". Initiated in March 2020, the "plus" is still an abstract concept, supposed to promise inclusiveness; the dialogue between Quad partners extended to other regional and global partners. But the hope is seemingly still in formation: this week's Quad meeting in Japan will be attended by the four members only. There is no flurry of activity to invite 'plus' members to the Quad.

ASEAN represents the voice of smaller countries in the Indo-Pacific. This month's ASEAN-US Special Summit mentioned "commitment" and "support", but did not mention collaboration with Quad, or how to operationalise the commitment and support.

ASEAN was not invited to tackle regional issues collaboratively with the Quad, an indication of how smaller countries are discounted. It is victimisation by omission on regional issues.

The rise of Athens and Sparta were at the expense of lesser powers. These smaller players were integrated under Sparta (the Peloponnesian League) or, Athens (the Delian League). The anarchical nature of the then international relations compelled the lesser powers to join the alliances for protection. They could not leave the alliance or remain neutral.

It was best illustrated by the predicament of Melos, which gave birth to the so-called "Melian Dialogue", a dramatised discussion between the great power Athens and their tiny neutral neighbour, Melos. Despite a spirited defence, the Melians were trapped in a no-win situation.

An arrangement organised by geographically diverse members, operating in a wider arena across the region, reveals interests beyond regional matters. Smaller powers in the region have to be cautious not to be fooled by diplomatic niceties and fine speeches which only give a sense of importance and centrality. What matters are how the smaller powers are integrated within the regional system; having the chance to conduct balanced relations with other extra, bigger powers. The aims is to conduct foreign policy freely and independently, not merely based upon ideology.

It's not only Southeast Asian nations that should be cautious. The new cold war has come to the Pacific Islands, and the Quad are taking it seriously. First, the brouahaha in the Solomon Islands regarding the security arrangement with China. Later, the raised eyebrows after Beijing sent aid to Tonga, Fiji, and Kiribati.

These small countries have become pawns in the chessboard of great power rivalry. Not only geopolitics, America and China will clash over infrastructure and 5G telecommunications contracts. Unfortunately, this clash is not about those small nations and their people. The giants victimise by monopolising the regional agenda, further omitting the interests of the local people.

Gloomily, the Melian Dialogue resonates deeply and strongly, usually represented in today's international relations as "the strong do what they can, the weak suffer what they must."

Adrianus Harsawaskita is a lecturer in Catholic University of Parahyangan, Bandung Indonesia. His main interests are in great power politics; and Indonesian politics and foreign policy. He declared that he has no conflict of interest and is not receiving specific funding in any form.

The post Greek lessons for ASEAN nations appeared first on 360.